Will be back on August 10

Taking a few weeks off from blogging to enjoy the summer and brainstorm new ideas.

I am giving away one PM Prepcast worth $99.97. Send me an email (see email info on the right panel of the blog) and include "I want the PM Prepcast" in the subject line. Thats it.
You can email me within July 31, the winner will be announced in August.
To read more about the product, read my post here.
If you would like to spread a word about SIPM to your friends would be much appreciated.
Email This BlogThis! Share to Twitter Share to Facebook

What makes you happy PM's? 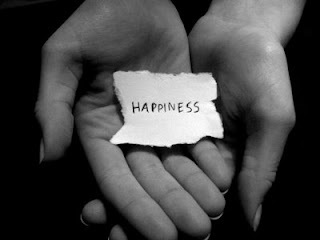 This post is not about project management.
This is about happiness, so this Monday you are ready for the week and smiling!
So, I asked you What makes you happy PM's? Other than meeting deadlines...a good book n coffee/movie/ close grp brunch/sunday newspaper makes me smile.
Yes, it does.
The job, blogging, keeping up with my reading list, SIPM all keeps me busy and to the point that sometimes I don’t feel very inspired in my everyday life. When things just become items in my schedule and happiness seems far away, I try something new to bring it back.
Talking to the people I respect and being sincere about the problems I am facing I think automatically brings in a new perspective for me, calling up my friends and talking silly and nothing about project management is relaxing, going out for a walk and enjoying it, listening to good music, having a chocolate or a cup of tea and a good book that inspires is nice. I also like visiting grocery stores for inspiration to whip up a new dish or go completely crazy and color my hair a brownish red.
I always don’t plan out everything when I take a break; I think randomness brings out a different side to everyone.
Enough of what I do, what makes you happy? Here is what does for Elizabeth Harrin.
To read more about happiness, try this and this.
(Pic Courtesy)
Email This BlogThis! Share to Twitter Share to Facebook

PM Prepcast- why should you take it?

Its unusual, effective and loaded with information that can be used for and beyond exams.

It’s the PM Prepcast I am talking about and I think the concept is superb. Cornelius has brought in the perfect combination of audio and video to make sure the every single point is communicated.

The prepcast consists of episode lists that can be downloaded to your computer and syched with your ipod. It’s a great resource to understand everything you need to know about exams (both CAPM and PMP by PMI) including what happens if you don’t make it in your first attempt, how you should retest etc.

Each lesson/podcast is around 25 minutes which comes with very clear and to the point graphics done in a way that helps you understand, remember and sort of reaffirms the audio. By using the dual methods you can remember them easily without having to get back to the podcast over and over again.

Who can use the podcast?

Certification takers- if you are planning to take your PMP or CAPM its perfect for you. The podcast fits your purse and goal and is a great way to start your preparation. Listen to the tips he has to share on how to use the resource and get through the exam. By the way, he also sends lessons and reminds you through email.

Newbies in project management- A great way to zoom ahead of the other newbies. By listening to these podcast you not only understand project management better but your are aware of the much needed terminology and the intricacies.

Interview preparation for project management- if you are lining for an interview next week or getting ready for a job search, this podcast will make it a little easier for you. You can brush on the PMBOK knowledge along with other skills and stay head in the game by downloading some free flash cards.

Take your next step- interview help

Looking for a job? Wake up this Monday to update your resume and get some amazing tips from the experts.
Browse these links below for some resume tips:
To nail your next interview in project management, try these great links whether its your first project management job or you are a seasoned project manager trying to get to your next job I can only hope these links are helpful :
Good Luck!
Looking towards taking the next step in your career and want to try Project Management, learn from the seasoned PM's here for no charge.
Email This BlogThis! Share to Twitter Share to Facebook

There will always be moments when you need the extra push in your life to get to your next milestone. Everytime I have pushed myself I end up surprising me. It's true for most people I know.
This long weekend, I ended up watching the triathlon in television and heard the narrators talk about the winner and how she has been out of the sports for a year and came back better than ever- and won!
It made me think, how I get too comfortable or even complacent sometimes and don't do what I can do or should do. There are times, when you just know it is the right time for you to take action or make he next move. If you have always wanted to become a project manager, may be this is the time to look for a new opportunity or simply learn a new skill.
So, July is my month to do everything I'm not comfortable doing and trust me it's a long list.
So, I took a break. I thought about it while I roamed the isles of the Japanese grocery and filled in my cart with steamed buns, dumplings, sea weed, bean sprouts and a beautiful tea set.
By the time I came back home after an entire day spent outside- shopping and watching people in the mall; I read this piece (see below). It struck me as just the perfect thing I should have read. So - why not share?
Given below are some paragraphs that really touched me, however you can read the entire article here.
The author Malcolm Gladwell in his book Outliers described the 10,000 Hour Rule as a reason why some people become successful. This rule is based on a study that was conducted by Anders Ericsson.
In this study, it was discovered that those who became successful in their given field had practiced it for a total of 10,000 hours prior to being discovered. InGladwell’s book, he uses the example of the Beatles and how they practiced for 10,000 hours prior to becoming famous.
Every spare moment I had, I was reading or talking to someone who was doing what I wanted to do. I also began to apply the theories to my life and started living what I studied.
When Charlie Rose asked Steve Martin about what advice would he give to others starting out in the acting business, Martin said the following: “Be so good at what you do that they cannot ignore you.
A guy dressed in sweat pants may seem like a no body to you but for all you know, he may be the person that has the ability to help you achieve a certain goal.
Years ago, I read a biography on the life of the singer Madonna. Many people recounted how when Madonna was just a club act, she handled every show as if it were a concert in a huge arena. The general conclusion was that she was acting like a superstar even before she became one.
Visualization is a tool that I use frequently because I have seen it work. Many times in my life, I visualized achieving certain goals or having certain funds. And every single time without fail, each item that I visualized became a reality. Sometimes it took hours and other times it took years.
(Pic Courtesy)
Want to have fun and learn more from real life Project Managers, check out http://beta.steppingintopm.com/
Email This BlogThis! Share to Twitter Share to Facebook

I have 101 votes!
Thank you everyone for their support and the encouragement.
The blog would have never happened if it wasn't for the crisis I was in. I thought my job profile was getting stagnated and I needed something to keep me going. A commitment to myself that was getting hard to keep everyday.
Finally, in desperation I decided to put it in writing and started the blog. When Elizabeth Harrin spotted my blog for the first time; it gave me the unreal motivation to write regularly. I have never stopped since that day.
There has been good times and bad times and I have kept the blog consistent (at least tried to); so getting the votes in the PPM Community was big deal for me. I am so humbled, grateful and happy.
There are lots of good blogs out there in Project Management and I voted for all the blogs I read, please vote for the blogs because a little inspiration goes a long way for all the bloggers who take the time out of their busy life to do so.
Thank you again everyone for the votes!
Want to have fun and learn more from real life Project Managers, check out http://beta.steppingintopm.com/
Email This BlogThis! Share to Twitter Share to Facebook 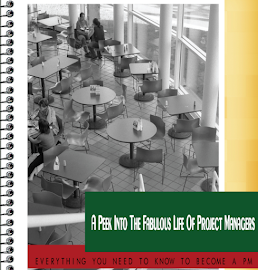 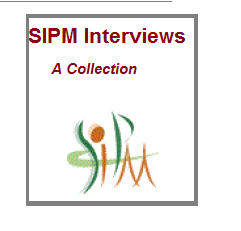