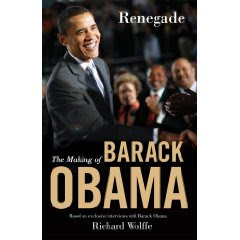 While I have been running around for the last few days for some work (one of the reasons I haven’t been able to blog much), there’s something new I recently started.

It’s really red and in China considered an auspicious color. A gift that was completely sidelined for long. It was stacked away with my folders and bunch of papers; waiting to be used for something special.

Then it just happened.

This weekend I bought a couple of good reads- Cold Steel by Tim Bouquet and Byron Ousey- the book about steel tycoon Lakshmi Mittals battle with Arcellor and The Making of Barrack Obama by Richard Wolffe.

Cold Steel is a gripping read, the hugeness of which can lead to sleepless nights thinking about the force behind it, the power of the strategies and most importantly the urge to do something on such a huge scale can blow your sleep to a thousand glittering stars.

Sometimes a powerful thought will come to you that you want to hold on to. That’s what you do with your Red Diary.

It’s the diary of your dream that you will need to reach your goals. It’s the awestruck moment captured in words, mesmerized by innovation and ideas. This is your true raw essence of thoughts, uncensored and the pure you in the most inspirational of moments captured.

Absolutely know what you mean!

My red diary is actually black. And it's a notebook. But you need a low tech storage device if your mind wants to conquer the world. :)

Wow, I'm not even into that genre and I'm inspired to read Cold Steel! Very poetic!

Bas- You are so right, I like to flip through the pages sometimes. Don't want to switch on my computer for inspiration always. Best part, I like the feel of the pen and the paper:)

Josh- Cold Steel is very business oriented but I like reading about great minds, they fascinate me. The power of their minds to overcome the mundane.