Fight it out- To achieve your goal

In all the work that spills into our busy days, we forget what our team members can expect from us. Or for that matter what you expect from your manager. 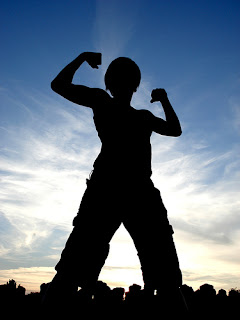 There are times works pushed down the alley because no one wants to do it, you can’t say no or linger on with the last hope that if I take this project, I will have access to the good one next time.

I hope the strategy works out for you, but sometimes in the midst of all this and the effort you put in - it doesn’t. In those trying times, try fighting it out- with yourself first.

Sometimes its so easy to convince yourself that they are right- after all they are the ones with more experience or control/authority. I think it has to do more with the imposter syndrome where we are so convinced with self- doubt that we take it for reality.

It’s a pity that so much talent is wasted because of the failure to be recognized, nurtured and sponsored . I remember being in a meeting where a new director had walked in and told us how one of his craziest decision turned out to be the most profitable. He interviewed someone for a position in one his companies before where skills didn’t match but he liked the fire he saw in the girl to make it. She needed the job, had lost her husband and the job is all she wanted. He hired her inspite of the mismatch- a gamble he took based on his intuition. And never regretted, turns out she learned the ropes and was the best employee in a year and stayed with the company.

Lesson- never assume about someone before you give them a chance.

Be sure about your goals and if you are side tracked, don’t blame others for thinking that you are not serious about it. Fight it out- for the chance you deserve with yourself, your team or your boss. Don’t allow anyone to second guess your abilities.

When it comes to you- give someone a chance. Help them be who they are and what they want from their work. If you can’t be the mentor or give them a job or a project, at least help them find one. Refer to friends and colleagues, sources of information and allow their dreams come true.